The caricature shown here first appeared in 1849 in the Düsseldorfer Monatshefte, a satirical political magazine. It depicts the failed revolution of 1848/49 (represented by the impaled eagle of the Republic and the torn black-red-gold flag marking Frankfurt on the map) and the victory of the reactionary forces over the revolutionaries, which also had repercussions in Europe beyond Germany's borders. In the center of the picture, Prussia, personified by King Frederick William IV, sweeps the last remnants of the revolutionaries mainly out of the revolutionary center of Baden. Some took refuge in Switzerland, represented by the Jacobin cap with the inscription “Helvetia.” Other revolutionaries left the European continent, mainly for North America. The caricature hints at this flight through the figure of Louis Napoleon Bonaparte, who points to a ship transporting refugees whose destination is most likely America. 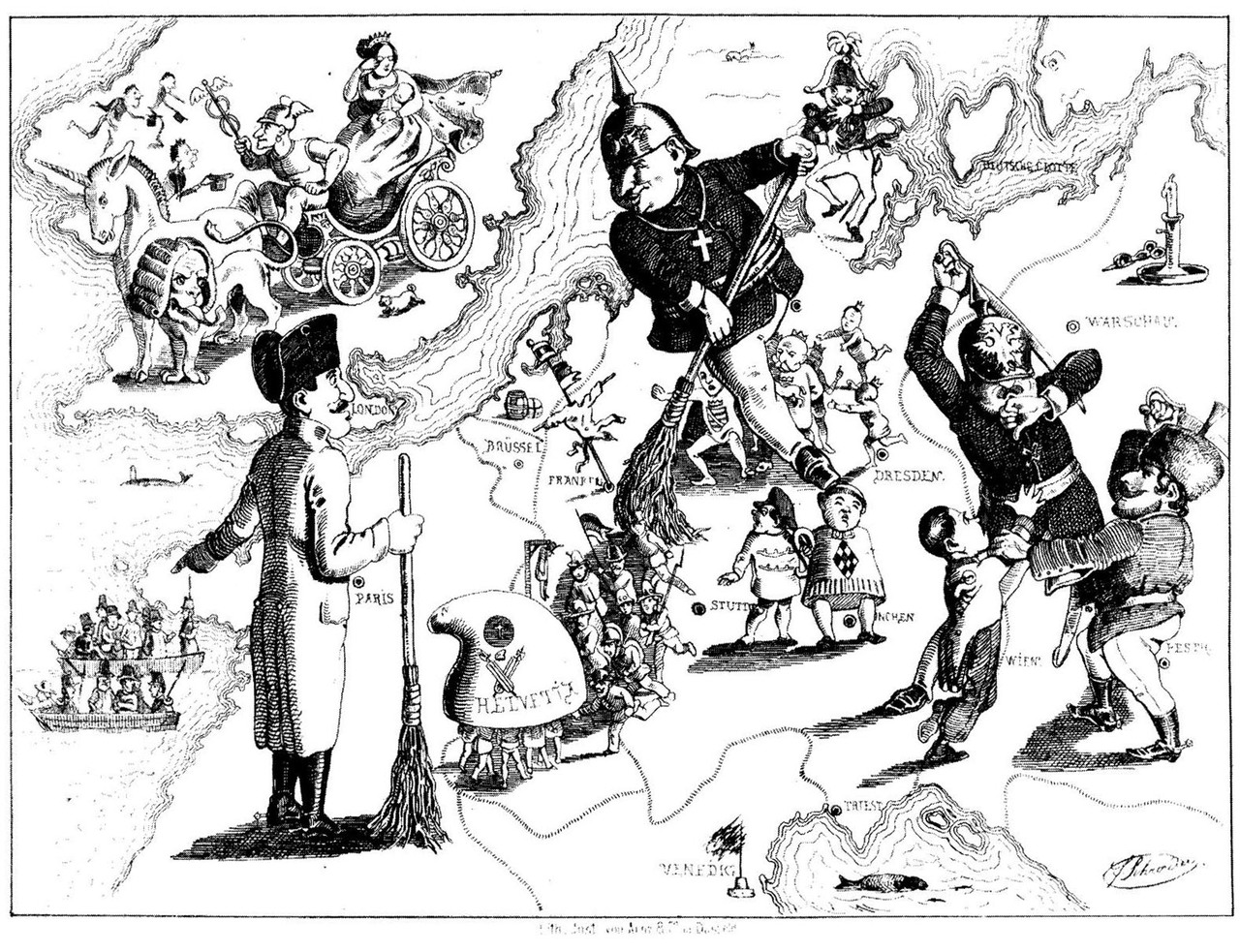