German History Intersections is a source-based digital project that examines three broad topics – migration, knowledge and education, and Germanness – from 1500 to the present. By charting these topics across centuries, the project offers an alternative to traditional histories that focus on discrete historical periods.

Drawing on the personal stories of individuals and the collective experiences of migrant groups, this module examines the movement of people across and within the shifting borders of Central Europe from the Early Modern period to the present.

Education, ideas, and the history of knowledge are the focus of this module, which explores the construction, negotiation, circulation, and organization of various types of “expert” and popular knowledge in Germany over five centuries, from the Reformation to the Digital Age.

This module describes the complex and ever-changing meaning of Germanness from the Holy Roman Empire to present-day Europe. One central theme is the intersection of Germanness with other markers of identity, such as gender, ethnicity, religion, and social class. 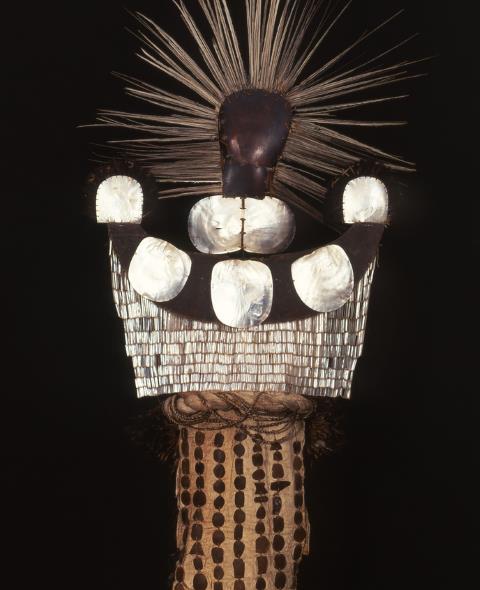 One especially interesting source in this project is the Tahitian mourning dress collected by Johann Reinhold Forster during James Cook’s second expedition to the Pacific from 1772 to 1775. The dress, which was made from various ritually significant materials, was likely displayed in Forster’s home in Halle, where he lived and worked as a professor in the 1780s and 1790s. It was given to the Academic Museum in Göttingen shortly after his death and is now part of the Ethnographic Collection at the University of Göttingen. Artifacts, objects, and natural specimens displayed in professors’ homes – or in art or natural history cabinets – played an important (if not always unproblematic) role in knowledge transfers in the eighteenth century and onwards. Scholars have become increasing aware of the importance of such objects and their modes of display in the history of knowledge production.

Anne Mariss, University of Regensburg, member of the “Knowledge and Education” working group