Following the violent radicalization of the French Revolution and the overthrow of the French king, many members of the French nobility fled the country. Aside from England, Germany was the main destination for these aristocratic French migrants. This image shows French nobles being welcomed at the gates of Münster. The migrants are shown traveling light, hinting at the fact that they had to leave behind most of their possessions during their hasty escape. The Virgin Mary is pictured above the Catholic town of Münster holding a golden crucifix and watching the scene benevolently. One of the purposes of publishing images like this one was to remind the citizens of Münster that welcoming these escaped members of the nobility was their Christian duty. 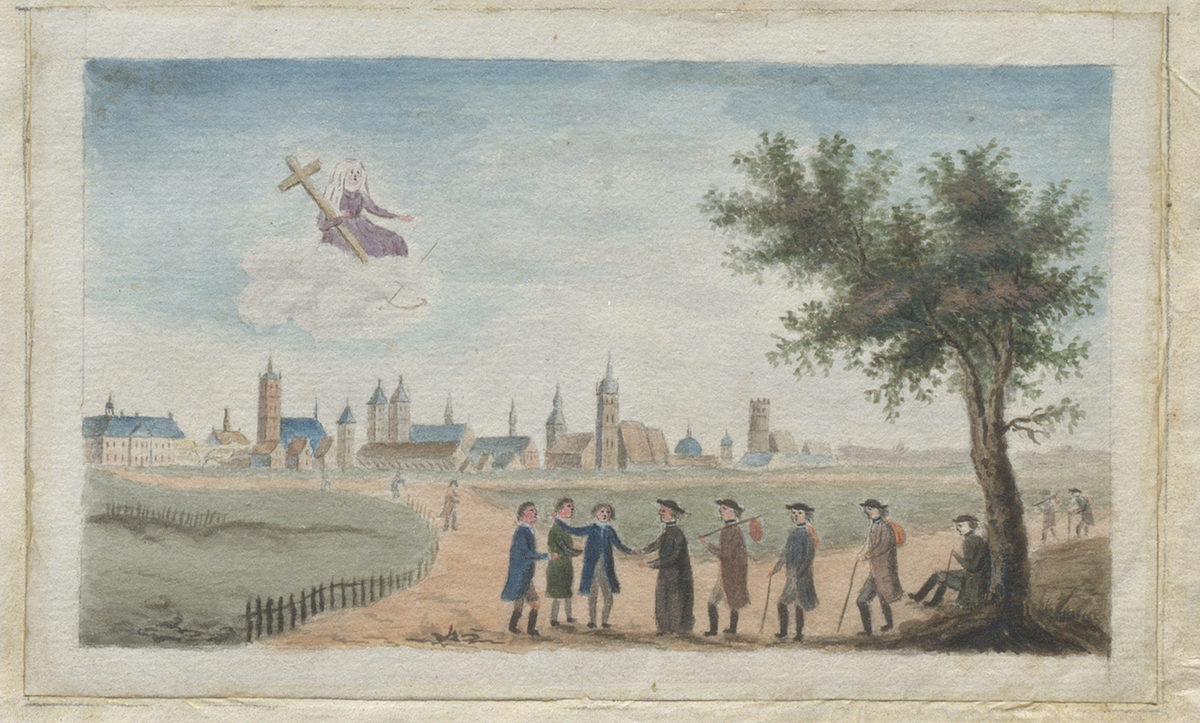