Tyrolean traveling salesmen traded not only goods but also the news. Their good reputation as tradesmen preceded them on their seasonal migrations all across central Europe. In the Early Modern period, “Tyrolean”  was sometimes synonymous with tradesman. Tyrolean salesmen usually came from families of smallholders. During the many months of their absence, their wives and children worked the farm. This traveling salesman is shown offering various rugs, which, along with gloves, wood carvings, birds, delicacies and toys, were part of the large assortment of goods offered for sale by the Tyrolean salesmen and which made them popular everywhere. 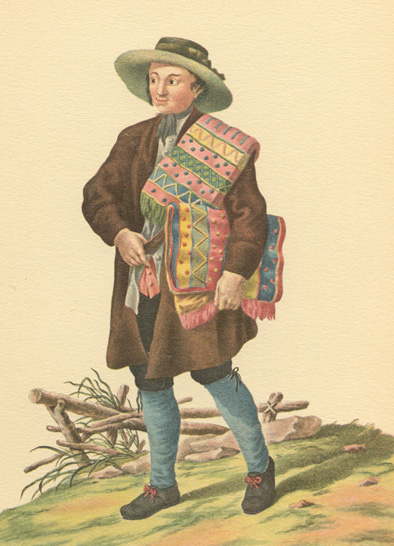