Blind Library Patrons Read and Type in Braille at the Royal Institute for the Blind in Berlin (c. 1906)

The first school for the blind in Germany opened in October 1806. Founded by Prussian King Wilhelm III by cabinet order, the school was run by Johann August Zeune (1778-1853), who aspired to provide his pupils with the same education available to other students in Prussia’s rapidly expanding school system. Zeune’s goal became more attainable later in the nineteenth century, when Germans adopted the tactile reading code of raised dots developed by the Frenchman Louis Braille in 1825. In this image, blind patrons use the library attached to the school, which, after several moves, relocated to a large new building in Berlin-Steglitz in 1877. By that time, the school’s Braille-based curriculum had moved beyond preparing students for work traditionally assigned to the blind, such as basket-, chair-, and broom-making. At that point, students were being trained for broader positions in the middle-class economy. 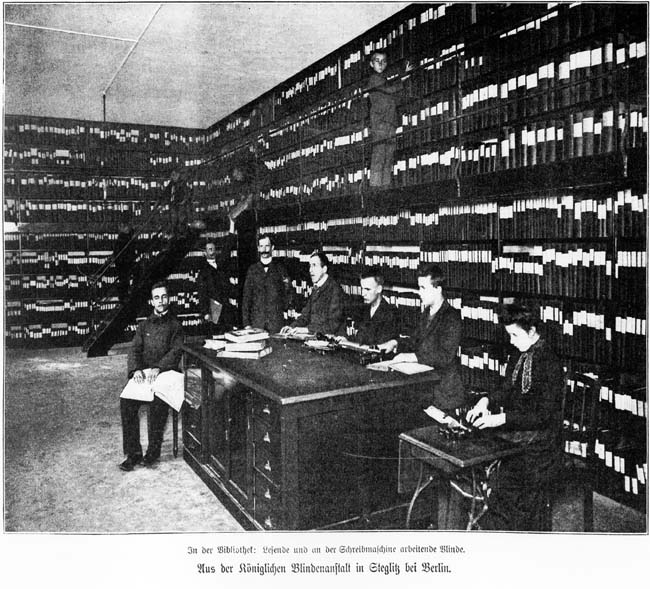