After the founding of the GDR and the FRG in 1949, competition ensued between the two German systems. At stake were questions such as who could call themselves German and in what form? Initially, atlases published in the Federal Republic offered visual representations of the federal government’s policy of non-recognition toward the GDR. This only changed in 1969, with the introduction of the new Ostpolitik of the SPD government under Chancellor Willy Brandt. Until the late 1960s, school atlases depicted the GDR as the “Soviet Occupation Zone”/ “GDR.” The map below was taken from the 1963 edition of Friedrich Wilhelm Putzger’s, Historical World Atlas [Historischer Weltatlas], an influential and widely consulted resource for school children and the general public alike. 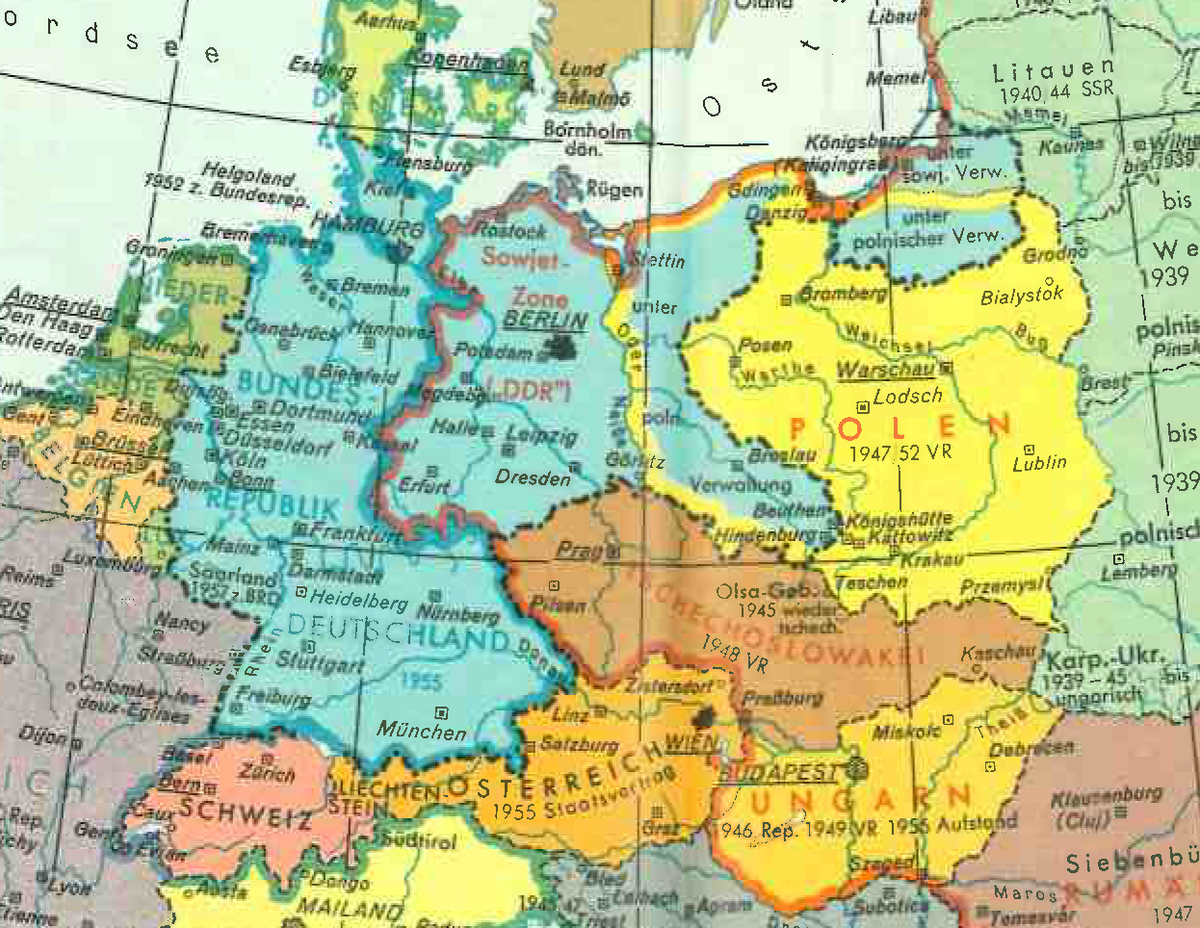 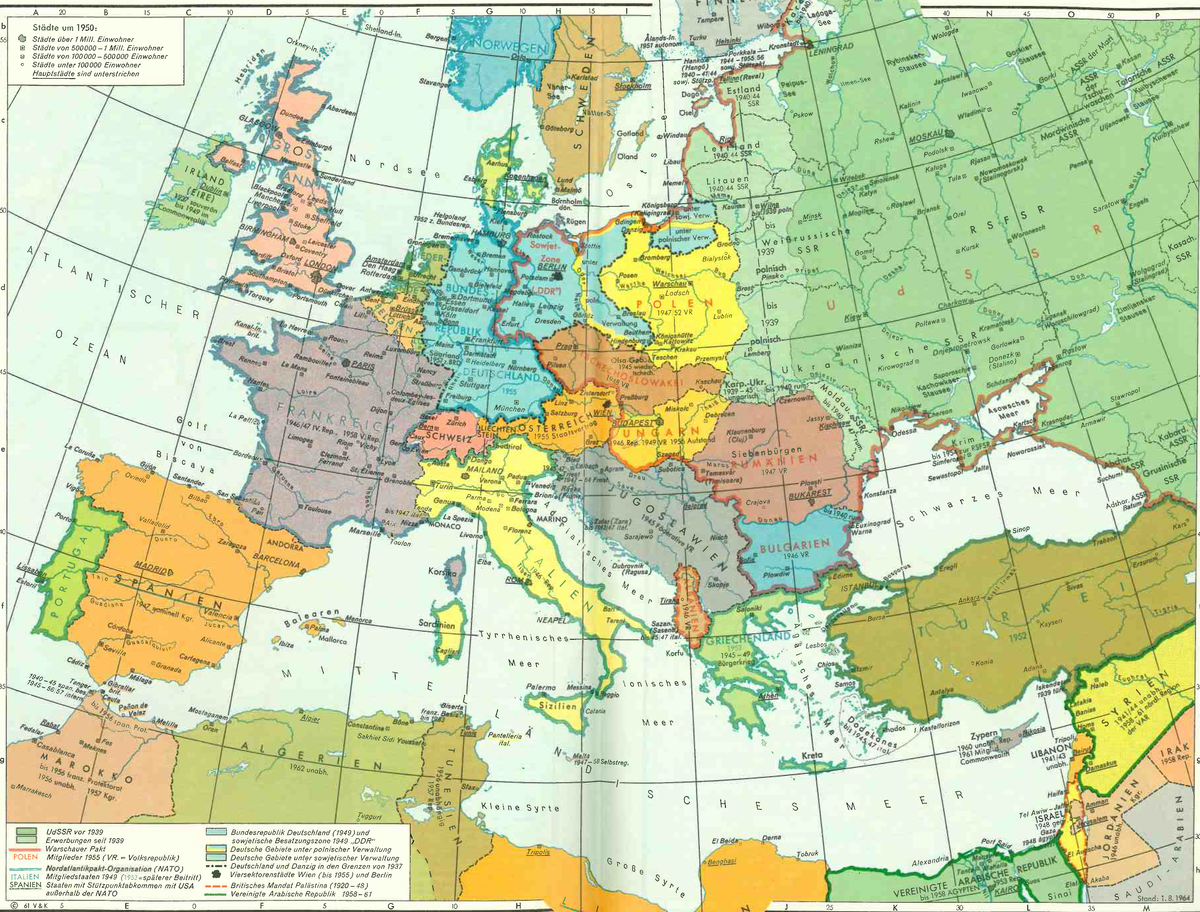