Founded after World War II in the former Soviet occupation zone, the German Democratic Republic (1949-1990) quickly disqualified itself as a “people’s democracy” in the Western sense of the term. Within a year of its existence, the new communist government had established the Ministry for State Security, more commonly known as the Stasi. Arguably the most effective arm of domestic surveillance and repression in German history, the Stasi was tasked with creating and maintaining a “socialist mentality” among the East German population. Central to this effort were arrests and interrogations based on the premise that, when it came to its citizenry, the state had the right to know absolutely everything. By 1988, Stasi officials numbered at 160,000. This manual was intended to help them analyze the faces of people before and during questioning. 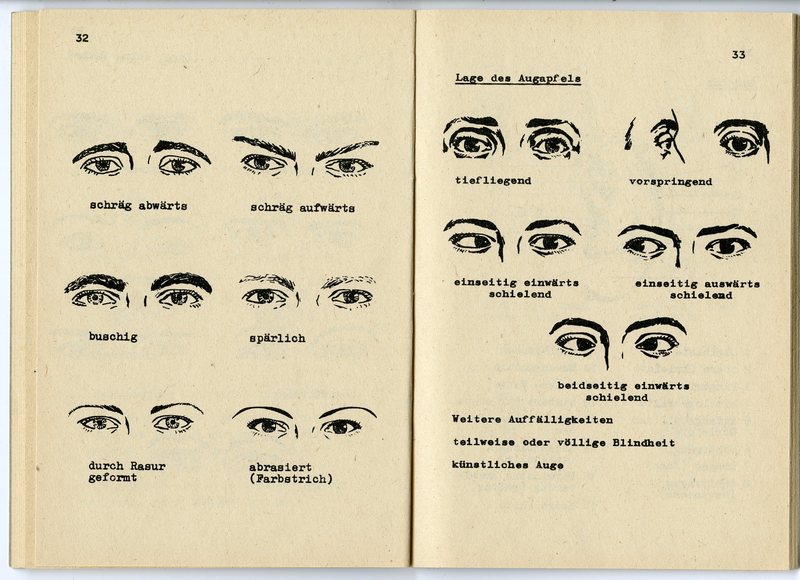 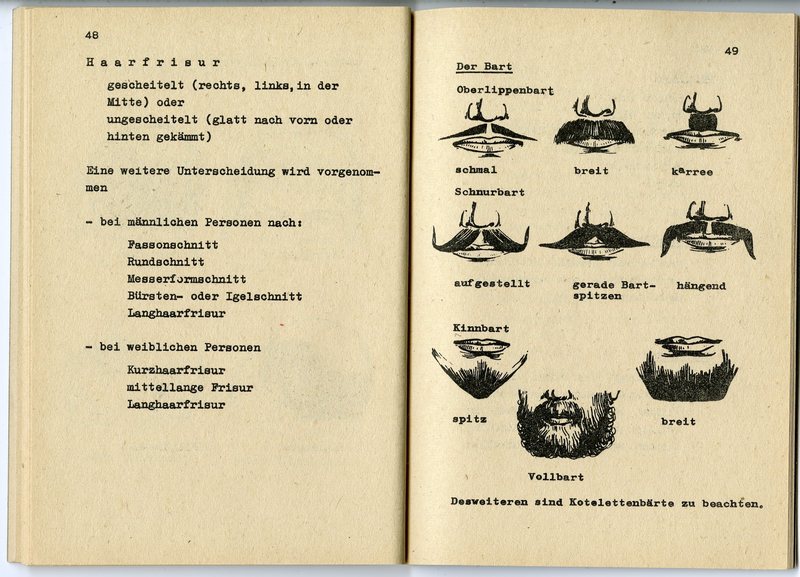