General Secretary Erich Honecker and Samora Machel, President of Mozambique, signed an agreement on the recruitment of workers for the GDR on September 20, 1980. Watching over the scene is the portrait of Lenin, who wrote in 1913: “There is no doubt that only extreme misery induces people to leave their homeland, and that the capitalists exploit the immigrant workers in the most unscrupulous manner. But only reactionaries can close their eyes to the progressive significance of this modern migration of peoples.” (quoted from: W.I. Lenin, Werke, Bd. 19, Berlin: Dietz Verlag 1973). 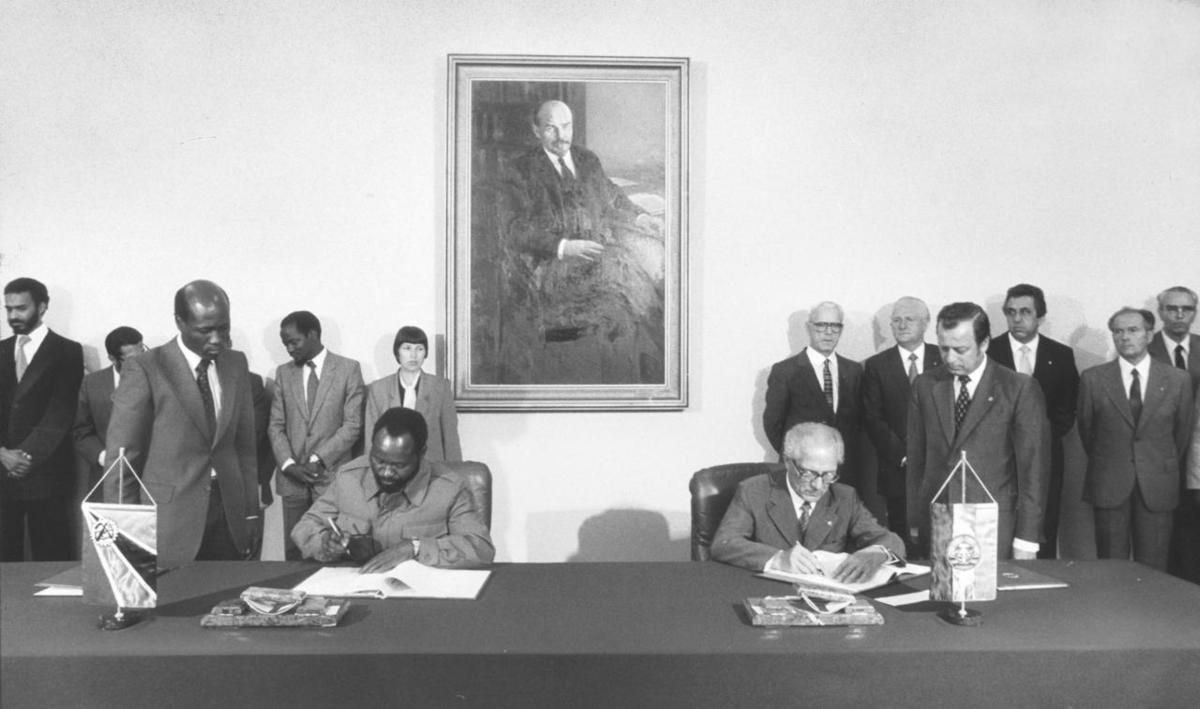 Agreement to Recruit Trainees and Laborers from the People's Republic of Mozambique (1980), published in: German History Intersections, <https://germanhistory-intersections.org/en/migration/ghis:image-139> [September 20, 2021].
< Female Polish Workers in the GDR (1974)