After the German Democratic Republic (GDR) signed a recruitment agreement with the People's Republic of Poland in 1963, relations between the two states deepened in 1965 with the so-called “Commuter Agreement,” which allowed Polish workers in regions near the border to be employed on the German side. In 1966, for example, workers from Gubin, Lubsko, Krosno, Bobrowice, Osiecznica and other towns in the vicinity were hired at the Wilhelm Pieck chemical fiber plant in Guben.

This photo taken by the state news agency ADN in 1974 shows a German and a Polish worker producing chemical fibers for carpets. The original caption of the state news agency ADN read: “Good cooperation characterizes the workers in the Dedetex department of the Wilhelm-Pieck-Stadt Guben man-made fiber plant. Teresa Bielske (l.) from the People's Republic of Poland and Erika Rome from the GDR belong to the German-Polish collective of socialist labor ‘Jaroslaw Dobrowski’ and are proud of their achievements. The exemplary brigade had already achieved a plan plus in the month of January and exceeded the quality target for grade I and more than 5%. The Guben chemical fiber plant is the sole producer of Dedotex for the carpet industry.” 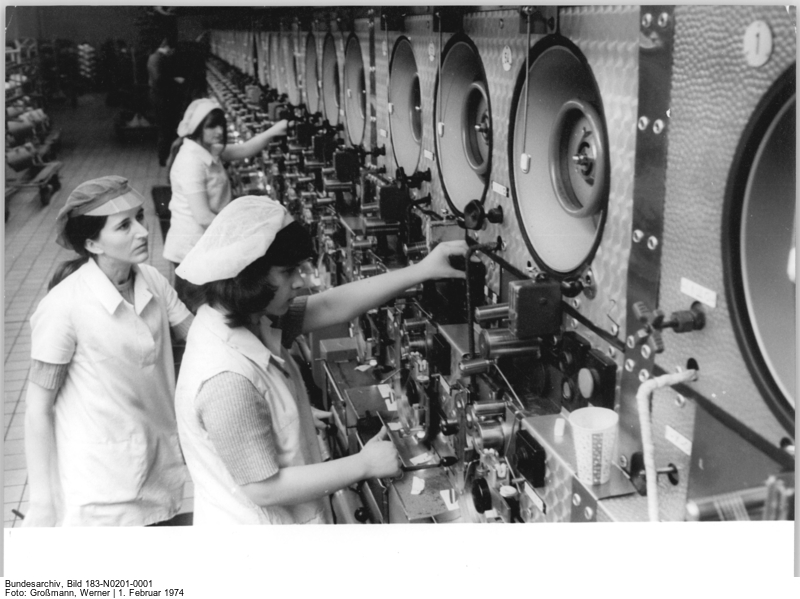