Demonstration for Reform of the Aliens Act (1977)

At the 17th German Protestant Church Congress in Berlin (West) in 1977, a group of Korean nurses, who had been recruited beginning in the mid-1960s based on an agreement between South Korea and the FRG, protested for unlimited residence permits and against their planned deportations. This woman holds a handwritten sign: “Für unbegrenzte Aufenthaltserlaubnis” [For unlimited residency permits]. The protest was directed against the precarious residence status of guest workers, which made distinctions between permission, approval and authorization. The churches had already organized a “Day of the Foreign Fellow Citizen” in 1975 and the Church Congress was held under the motto “One shall bear the other's burden.” It was not until 20 years later that comprehensive laws were passed on the naturalization of guest workers and their families. 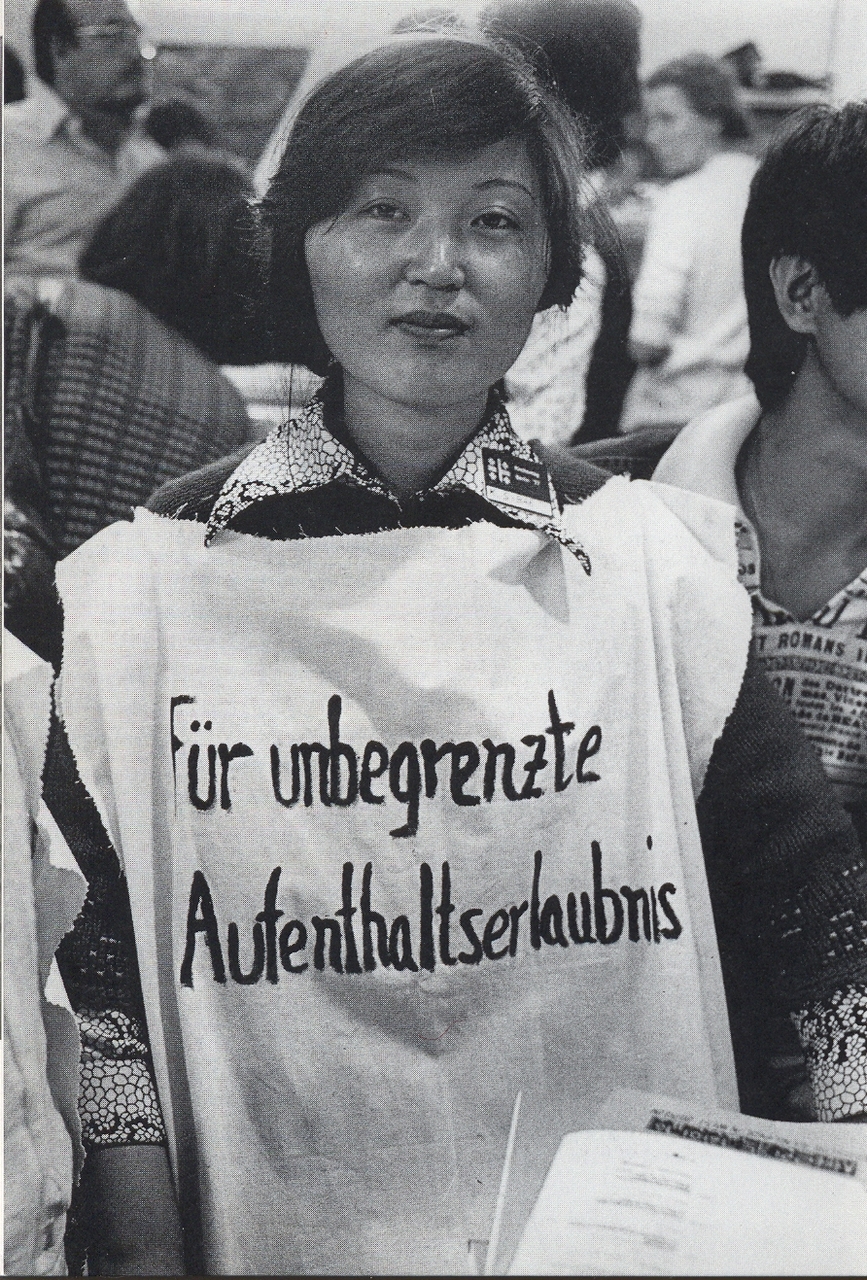 Demonstration for Reform of the Aliens Act (1977), published in: German History Intersections, <https://germanhistory-intersections.org/en/migration/ghis:image-176> [October 25, 2021].
< Foreign Worker Recruitment Ban (November 23, 1973)
Heinz Kühn, The Present and Future Integration of Foreign Workers and Their Families in the Federal Republic of Germany (1979) >