Anti-German Poster under a Warsaw Bridge (2012)

“Made in Germany” has often been used negatively by Germany’s neighbors, especially in relation to crimes committed during National Socialism and the Second World War. Polish right-wing activists have often claimed that Germany has deflected culpability for the Holocaust onto Poland—as evidenced, for example, by references to “Polish concentration camps” in Western media. A publicity campaign by the “Movement for Moral Hygiene” [Ruch higieny moralnej], a group of Polish graphic designers with provocative and radical views, used posters and social media to mobilize a sense of injustice around the issue. During the UEFA Euro 2012 soccer tournament, which was hosted by Poland and Ukraine, this poster with the message “Never Forget! Nazism, Auschwitz, Holocaust made by the Germans! [and the Germans are responsible for it.]” could be seen underneath the Średnicowy Bridge in Warsaw on the way to the National Stadium. Photo by Dariusz Borowicz, June 27, 2012. 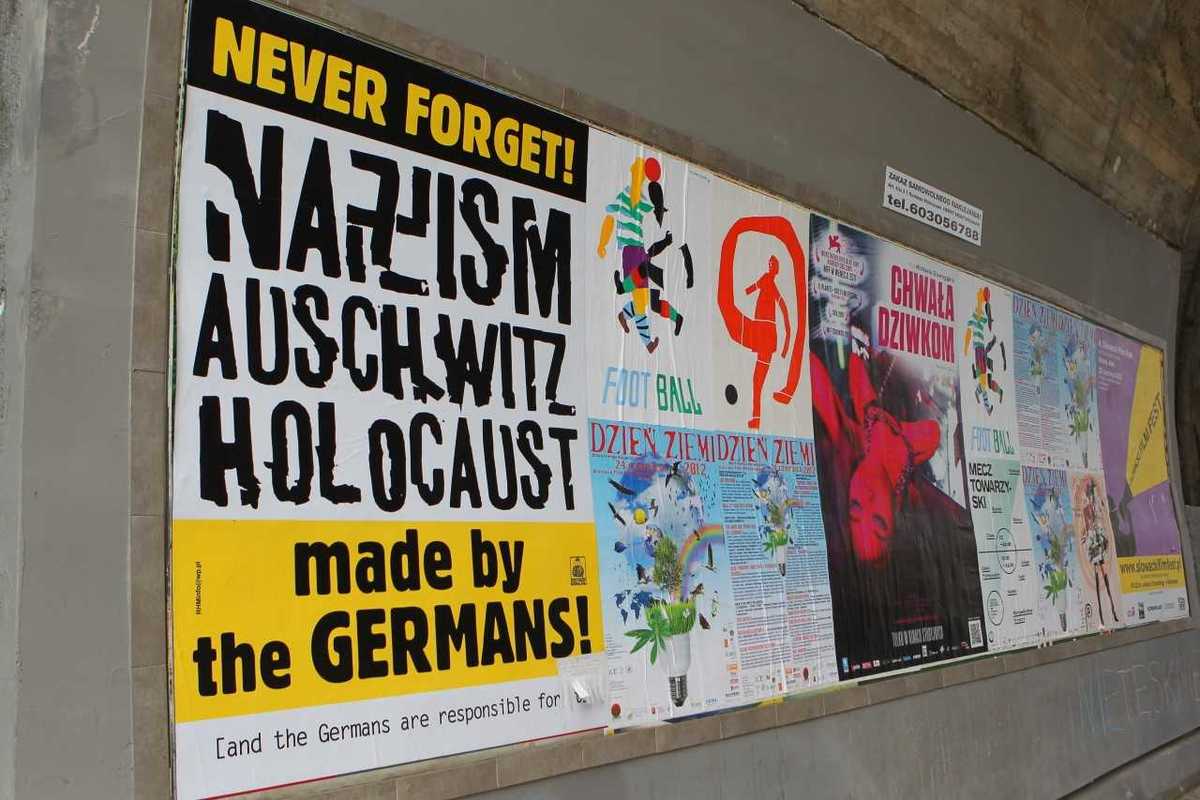 Reproduced by permission of Agencja Gazeta.