Along with nature and gender, music serves as the third major reference system in Grün ist die Heide [Green is the Heath]. This 1951 film poster features three minor but important characters: a trio of Lüneburg yokels whose music provides much of the film’s soundtrack. They are (from top to bottom): Hannes (played by Hans Richter), Nachtigall (played by Kurt Reimann), and Tünnes (played by Ludwig Schmitz). In one critical scene near the end of the film [1:10-1:14], Nachtigall sings “The Song of the Riesengebirge” at a town folk festival [Schützenfest]. He does so at the request of the local judge [Amtsrichter], who dedicates the song to the Sudenten Germans living among them. The judge describes the song as “something from the homeland” [“etwas aus der Heimat”]. As a song about “Giant German mountains,” it forges a strong link between nature, music, and folk traditions. The song lyrics are included underneath the film poster. A link to a full-length version of Grün ist die Heide (with English subtitles) can be found below under Further Reading. 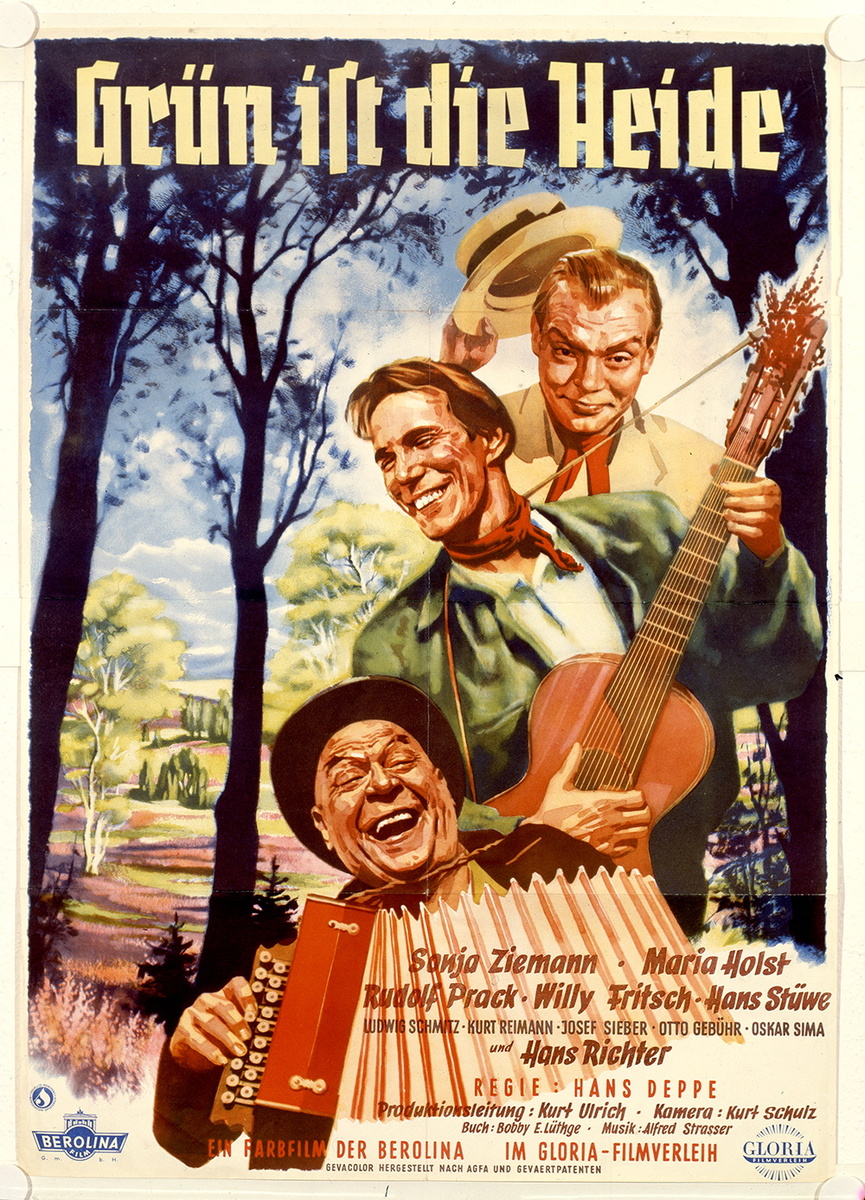 Lyrics, “Song of the Riesengebirge”
(verses 1 and 2, with refrain)

Blue mountains, green dale,
And in their midst, a small homestead,
A glorious patch at the end of a trail,
This is where I was born and bred.
When first I left for this new land,
The mountains regarded me wistfully.
As a child, as a young man,
I knew not what would become of me.

Oh, my dear Riesengebirge,
Where the Elbe so furtively snails,
Where to this day the Rübezahl and his dwarves
Still spin legends and fairy tales.
Giant Mountains, German mountains,
My sweet homeland dear!

I’ve had my ups and downs,
I have laughed and sung merrily.
And yet in some anxious hours,
My heart has throbbed silently.
And after many a year, a yearning so pure
Drew me back to the house of my birth.
So homesick was I that I could not endure
Another moment on foreign earth.

Oh, you, my dear Riesengebirge,
Where the Elbe so furtively snails,
Where to this day the Rübezahl and his dwarves
Still spin legends and fairy tales.
Giant Mountains, German mountains,
My sweet homeland dear!