Alexandra: A West German Singer Longs for the Lost East (1969)

Alexandra, born Doris Treitz (1942–1969), was a well-known pop singer in West Germany in the late 1960s. She was born in the Klaipėda region (German: Memelland), which is now part of Lithuania. Her family fled west at the end of the Second World War, and Treitz spent much of her childhood in Kiel. In the early 1960s, she moved to Hamburg, where she studied fashion design, sang in bars and clubs, and adopted the artist’s name Alexandra at some point along the way. In 1965, she enjoyed a brief stint as a singer with the City Preachers, Germany’s first folk-rock group. Alexandra’s breakthrough came in 1967, with the release of her first hit “Zigeunerjunge” [“Gypsy Boy”]. Her second hit was “Sehnsucht/Das Lied der Taiga” [“Longing/The Song of the Boreal Forest”] from 1968. Many of Alexandra’s songs refer to the former German East through their theme, folkloric style, indebtedness to Slavic musical traditions, or rootedness in particular landscapes.

Alexandra’s third and final chart-topper, “Erstes Morgenrot” [“First Dawn”], from the summer of 1969, describes how the dawn of every new day brings a fresh reminder of the loss of her homeland. The song begins as follows (here in English translation): “Dawn breaks over forests deep. / Clouds drift on the wind, the fields white with fog. / The sunrise brings me greetings from my homeland back East. / From that faraway land where my cradle used to rock.”

Having left Klaipėda as a toddler, Alexandra had little direct experience of the region. Thus, family lore must have played a considerable role in shaping her perception of a homeland that she likely barely remembered. The notion of an ancestral homeland clearly exercised a powerful hold on Alexandra (and other expellees), and the lyrics of “Erstes Morgenrot” speak to an ongoing identification with Klaipėda’s landscape, climate, geography, and folklore: “I see the birches glisten in the pale sunlight / Silver with dew from the chill of the night. / The words of the songs come back to me / that once made me so happy.” An attachment not only to place but also people comes through in the words: “High above the fields flying north I see swans. / What has become of my old home and my friends?” “Erstes Morgenrot” ends with a reflection on present and past, “Dawn’s rosy gleam brings the sweetest of dreams. / From that faraway land where my crib used to stand.”

Although Alexandra was not directly involved in expellee politics, her romanticization of the East reflects a personal, familial/ancestral, and collective remembrance of Heimat. Like many other German expellees, Alexandra clung to—an ultimately popularized—a subjective view of the lost East that was steeped in nature/landscape and avoided reference to the Holocaust, the war, and the fate of the resident Jewish population.

Alexandra died in a car accident on July 31, 1969, at age twenty-seven, at around the time that “Erstes Morgenrot” was released. Although Alexandra’s career was brief and her death is more than fifty years removed, she still looms large in the German popular imagination—as evidenced by the ongoing interest in her life and work, and existence of an active fan community.

The photograph below from 1969 shows Alexandra performing in one of the very first broadcasts of ZDF-Hit Parade, a popular and long-running West German television music show. 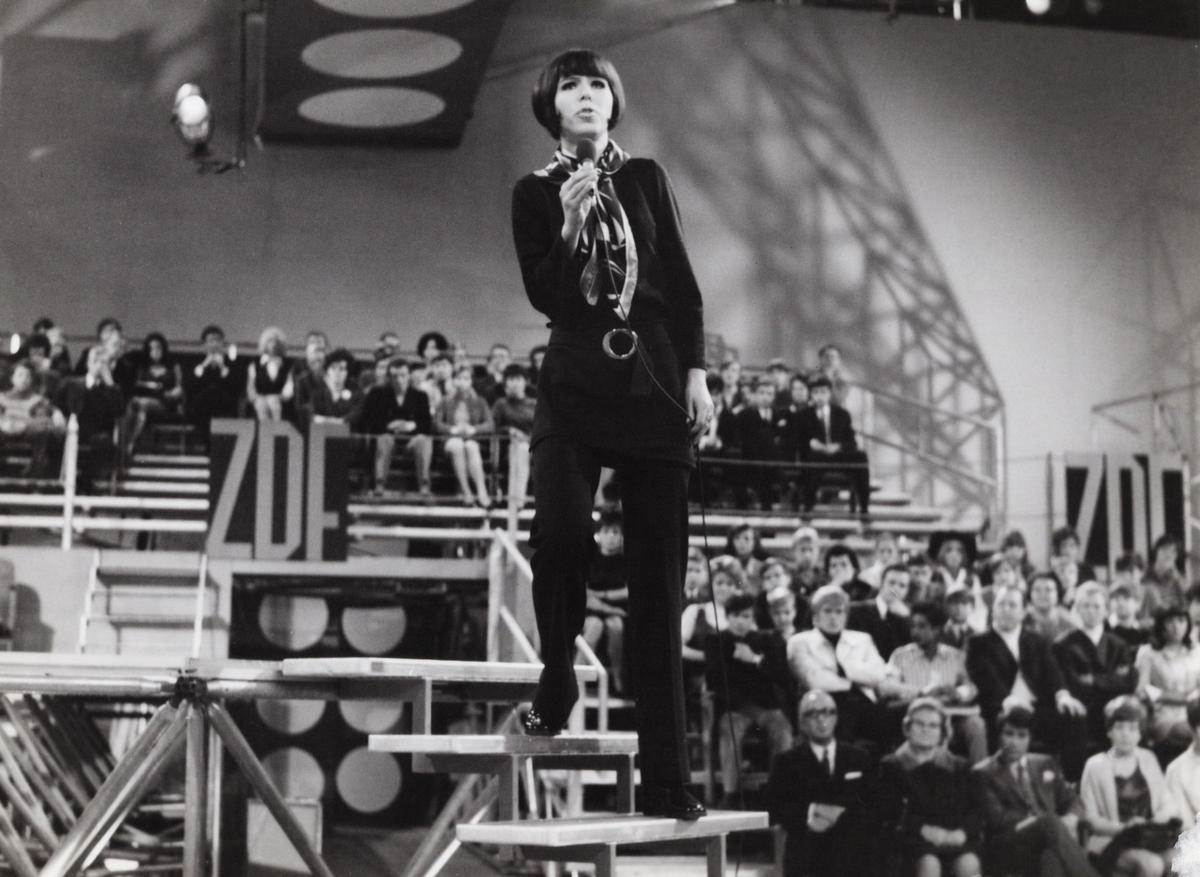