Michael Grzimek with a Tranquilizer Gun (1959)

Michael Grzimek was the son of well-known wildlife documentary filmmaker Bernhard Grzimek. In 1957, at the behest of the Tanzanian National Park Authority, he and his father carried out the first animal population census in Tanzania’s national park system. Conducted from the air, the census provided basic data for the purposes of protection and conservation. Michael Grzimek was one of the first wildlife filmmakers to use the recently invented tranquilizer gun to examine big game up close. He also attached collars to tranquilized animals to track and study them. Michael Grzimek was killed in an airplane crash in 1959, the same year that this photograph was taken. 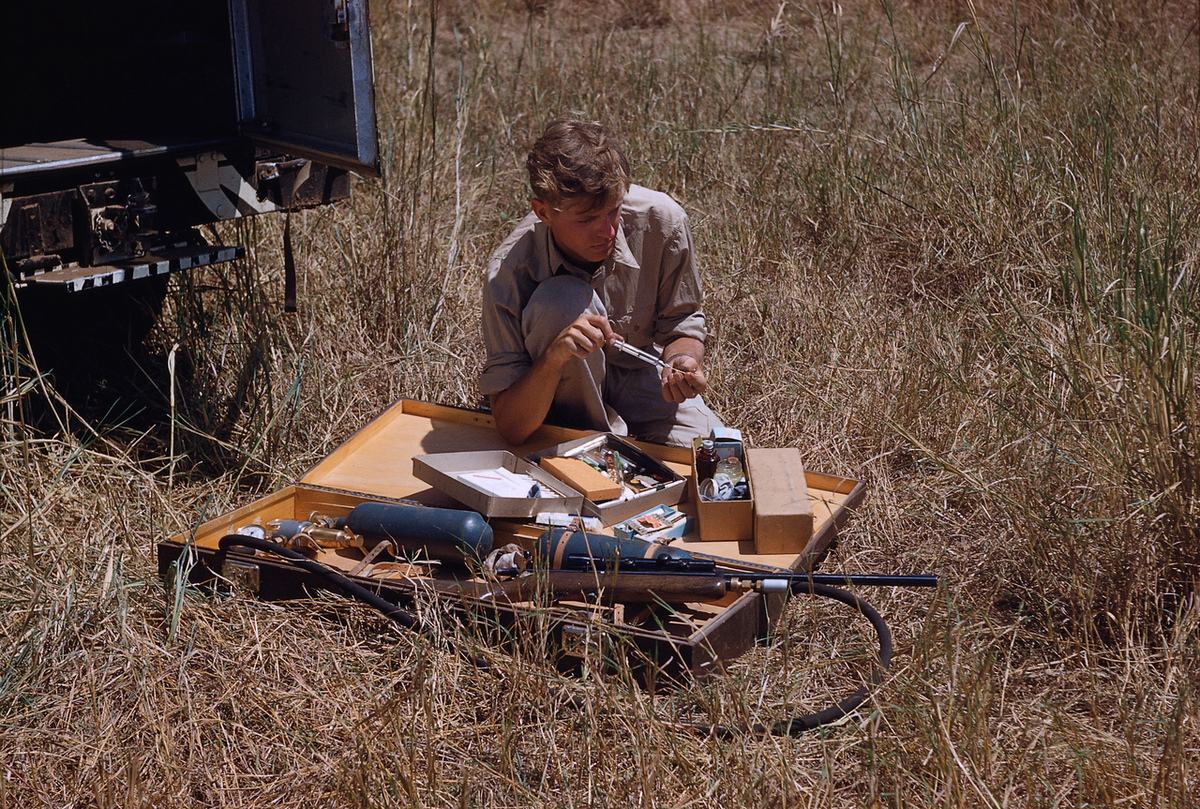