German emigration to the East Coast of North America began – as with the English Puritans – at the end of the seventeenth century as a religious separation from the Old World. This numerically small core has become the “German-American” founding history. Subsequent migrants were predominantly poor people who could not pay for their own passage and had to work for seven years in debt bondage; after 1815, farming and craftsmen families from rural southwestern Germany and the Palatinate came and settled in rural areas; since the 1840s, men and women from the urban lower classes increasingly migrated and lived as workers in cities, but also as agricultural families who settled in newly developed western areas, especially in Wisconsin and Minnesota. Mennonites and Amish migrated from Pennsylvania to Ontario and from there later to Manitoba.

Since the landing of the “Mayflower” in 1620, the British territories in North America gained the reputation of being the new home of persecuted religious minorities. Apart from “charter colonies” such as Virginia, which were founded on royal charters, and feudal colonies such as New York, other colonies were based on religious and idealistic motives. The best known (and by far the most successful) project is Pennsylvania. In 1681, King Charles II (ruled 1660-1685) transferred this territory to the London-born merchant William Penn. Penn, who belonged to the radically anti-authoritarian Quaker sect, wanted to lead as many of his persecuted and harassed fellow believers as possible across the Atlantic to realize a utopia based on the principles of equality, non-violence and tolerance.

At Penn’s invitation, the first Germans arrived in North America in 1683. They were led by Franz Daniel Pastorius (1651-1719). His father, a Franconian mayor and Lutheran convert, had actually planned a legal career for him, but even after earning a doctorate in secular and ecclesiastical law, this son could not warm to the everyday practice of law. Instead, in 1679 Franz Daniel Pastorius moved from the Franconian province to the Free Imperial City of Frankfurt, joined a Pietist circle and broadened his horizon as the companion of a young nobleman who traveled Western Europe for two years on a cavalier tour. When a “German Land Company” was founded in 1682 by the Pietist circle in Frankfurt, Pastorius agreed to purchase land in Pennsylvania on their behalf. In the following year, however, Pastorius did not see the expected Frankfurters arrive in North America, but Quakers and Mennonites from Krefeld, 13 families in all. With these families, Pastorius founded Germantown in 1683, the first German settlement in North America. Throughout his life, he remained closely connected with the settlement, among other things as town clerk, school teacher and mayor. In several publications, he tried to persuade other people willing to emigrate to Pennsylvania. The most influential of these is the “Detailed Geographical Description of the Recently Discovered Province of Pennsylvania,” published in Frankfurt am Main and Leipzig in 1700. In it, he describes William Penn as a pioneer and inserts Pennsylvania into the history of salvation and into the general discovery and development of the American double continent. The naturally emphatically advantageous description of the country and its inhabitants is followed by a brief description of his own crossing. The manifold problems in clearing and developing the settlement area, however, the bitter poverty and the lack of food he only recorded in his personal notebook, the “Grund- und Lagerbuch” (“Common Place Book”).

In the historiography of the German community and also in older German research that follows the paradigm of “Auslandsdeutschum,” Pastorius was almost mythically exaggerated, namely as the founder of “Deutschtum” in North America. The clearest expression of this is the Pastorius monument by Albert Jaegers (1920) in Philadelphia –Germantown was incorporated into Philadelphia in 1854. Pastorius is depicted life-size, idealized as a young man with a companion. The pair of settlers break the path of the enthroned “civilization,” which holds the light of progress in its hands.

CH. IX. Concerning the Fruitfulness of this Province.

As this province is situated like Mompellier and Naples in respect to latitude, but is furnished with many more rivers and springs than either of the two, so it is not difficult to comprehend that such a country is well-adapted for many fine crops. The air is clear and pleasant, the summer longer and warmer than in Germany, and we have already in these parts satisfactory supply of all sorts of crops, and our work of cultivation is well rewarded.

We have also a large number of cattle, although, just now, all run free in the pasture together, until we shall have made better needful arrangements for them.

We get sugar and syrup from Barbados, and he who has no money exchanges goods for goods […].

The trade between the savages and the Christians is in fish, birds, deer-skins, and all sorts of peltry such as beaver, otter, fox, etc. Sometimes they barter for drink, sometimes they sell for their native money, which is only oblong corals, ground out of sea-mussels, sometimes white and sometimes light brown, and fastened on strings.

They know how to string this coral-money in a very artistic way, and they wear it in the place of gold chains. Their king wears a crown or hood of it.

Twelve of the brown are worth as much as twenty-four of the white pieces, which are equal to a silver penny of Franckfurt [Germany]. They take their own money far more readily than silver coin because they have often been cheated with the latter. […]

CH.X. Concerning the Vegetation of this Province.

Although this far-distant portion of the world consisted of nothing but wildernesses, and it only within a short time has begun to be made ready for the use of Christian men, it is truly matter for amazement how quickly, by the blessing of God, it advances and from day to day grows perceptibly. For although in the beginning we were obliged to have our victuals [food products] brought from Jersey and to pay somewhat dearly for them with money, yet we are now able, praise be to God! to serve other neighboring communities.

We are supplied with the principal and most necessary handicraftsmen; the daily wage is regulated on a tolerable basis, and we have what is necessary in the way of mills and brick-kilns.

We sell our superabundance of grain and cattle in Barbados for brandy, syrup, sugar, and salt, but we send the fine peltries [animal skins] over to England.

We are especially desirous to advance the cultivation of the vine and the weaving of cloth in these parts, in order to keep the money in the province, and on this account we have already established yearly fairs, not for the sake of mere profit and gain, but that anything which one man or another has, over and above his needs, may be made purchasable for the others, so that they need not, on this account, journey to the neighboring islands and carry their money thither.

Source: Circumstantial Geographical Description of the Lately Discovered Province of Pennsylvania, Situated in the Farthest Limits of America, in the Western World, 1700. Available online at: http://nationalhumanitiescenter.org/pds/becomingamer/growth/text1/pennsylvaniapastorius.pdf 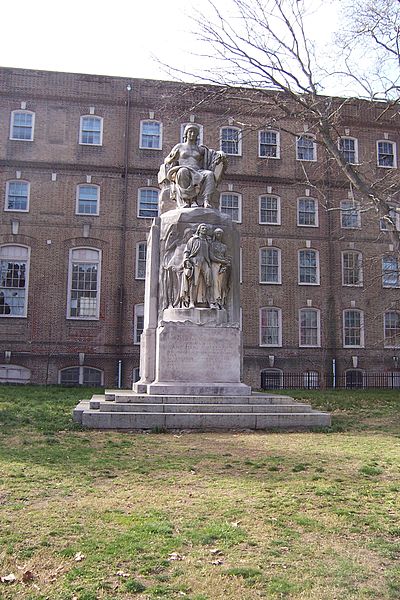 This work is licensed under the Creative Commons Attribution 3.0 License.