In the early years of the Second World War, hundreds of thousands of mostly male Western Europeans volunteered to go to Nazi Germany because wages there were higher than in their homeland. This poster from occupied France was used to recruit such workers. The text reads, “Gone are the bad times! Papa earns money in Germany!”  By February 1942, some 135,000 Frenchmen had been recruited to work in wartime Germany, but nearly 60,000 of them had returned by September 1942 because of poor working and living conditions. 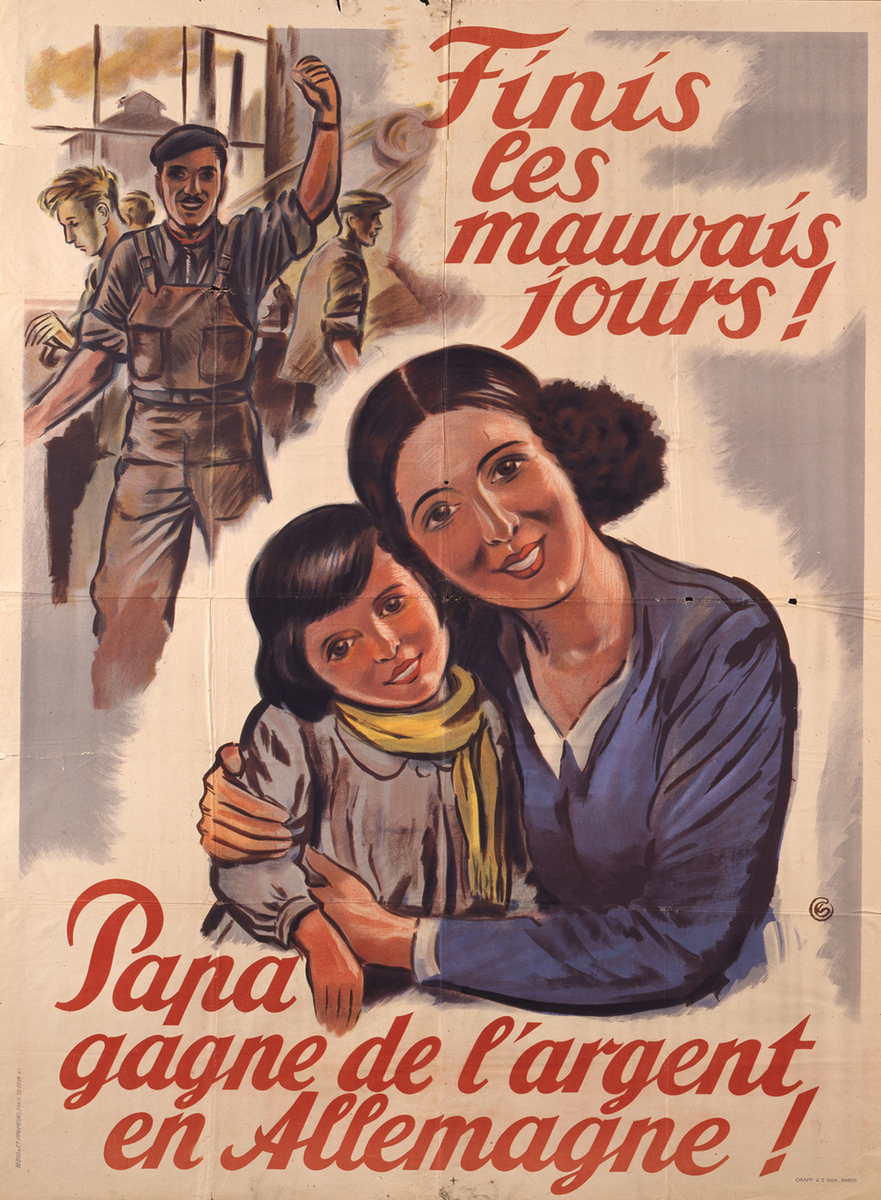