Wehrmacht Soldiers Round Up and Search Jewish Villagers in Poland (1939)

The Nazi war of aggression against Poland, which began on September 1, 1939, served to implement two of Hitler's main goals: the conquest of “Lebensraum in the East” and the eradication of “Jewish Bolshevism.” In accordance with the secret agreement in the “Hitler-Stalin Pact,” the Red Army also invaded Poland on September 17, 1939, and the country was divided between the two occupying powers. In the process, parts of the territory conquered by the Wehrmacht were incorporated into the German Reich as the Reichsgaue “Wartheland” and “Danzig-Westpreußen,” while Silesia and East Prussia were expanded to include Polish territories. The remaining territory occupied by the Wehrmacht (including the cities of Krakow, Warsaw, Radom and Lublin) was declared the so-called Generalgouvernement. The exceptionally brutal warfare was followed by an occupation regime of terror against the Polish civilian population and especially against the Jewish inhabitants. Public humiliation and violent attacks, destruction of synagogues and evictions of Jewish residential areas were the order of the day. Shortly thereafter, Jewish residents were crowded into ghettos before the systematic murder of the Jews in Poland eventually began in 1941. 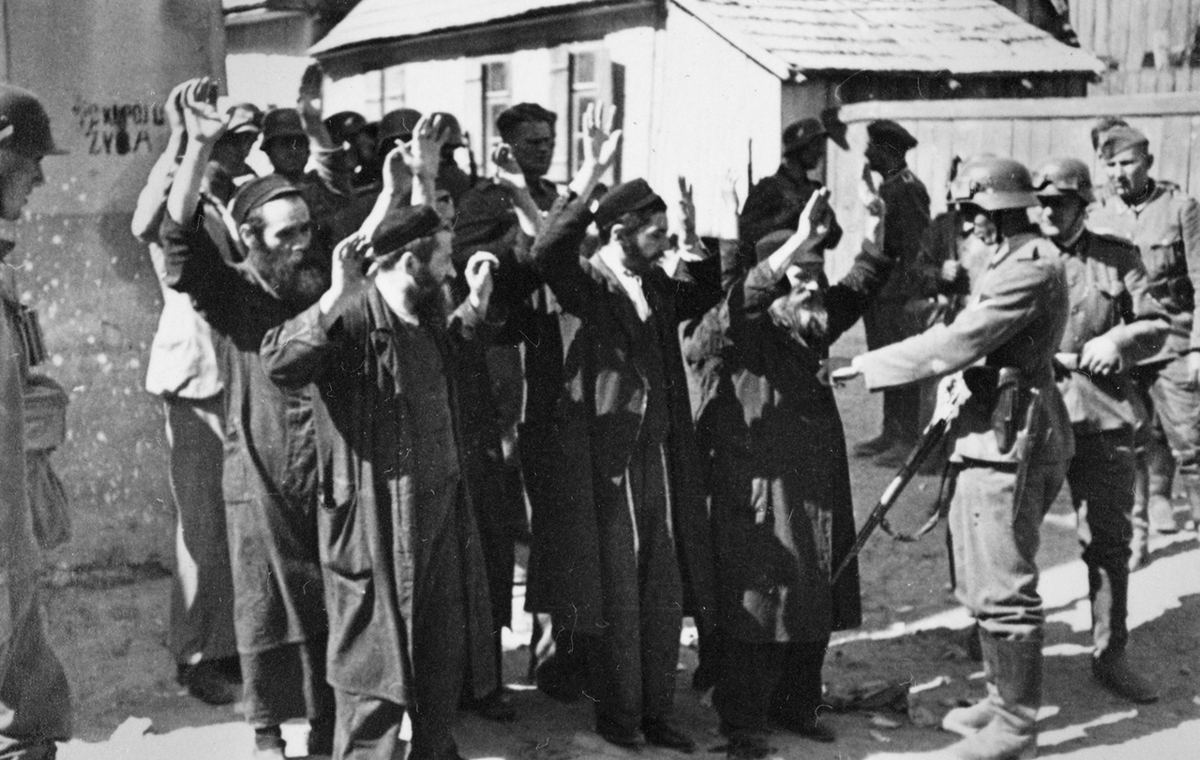 Wehrmacht Soldiers Round Up and Search Jewish Villagers in Poland (1939), published in: German History Intersections, <https://germanhistory-intersections.org/en/migration/ghis:image-166> [September 27, 2022].
< A Jewish Woman’s Account of the November Pogrom in Emden (Retrospective Account, 2000)
Eyewitness Account of Pogroms in Lodz (September 9, 1939) >